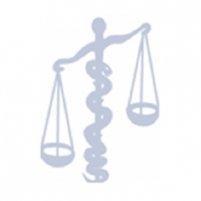 People can develop bipolar disorder at any age, but for many, the first signs appear around ages 15-24. No matter when you receive a diagnosis for bipolar disorder, the condition requires ongoing management. At their offices in Royal Palm Beach, Palm Beach, and Juno Beach, Florida, board-certified psychiatrist Mark DeLuca, MD, and certified physician assistant Dane Santoro, PA-C, can help you manage bipolar disorder so you can live your life to the fullest. Call the nearest office to schedule an appointment or book online today.

What is bipolar disorder?

Bipolar 1 disorder causes full-blown episodes of mania and major depression. However, in many cases, people have neutral periods between mood swings.

Manic episodes may be so severe that they require hospitalization.

Cyclothymic disorder causes you to have frequent mood swings. Symptoms are less severe than bipolar I or II, so they don’t qualify as hypomania or major depression.

What symptoms does bipolar disorder cause?

Even though hypomania may be less severe than mania, you’ll experience similar symptoms. During a manic episode, you may:

During a depressive episode, you may:

With bipolar disorder, you can also have a mixed episode, where you have both mania and depression symptoms.

How is bipolar disorder treated?

At the offices of Marc DeLuca, MD, the standard treatment for bipolar disorder includes therapy and mood-stabilizing medications. Medication management can help prevent mood swings, while your therapy sessions give you the tools and strategies needed to manage bipolar disorder.

The team also works with you to identify areas of concern that you’d like to improve. You can use therapy to receive help for anger or stress management, find better sleep habits, heal relationships, or improve your communication skills.

If you need help with stabilizing your moods and managing bipolar disorder, call Mark DeLuca, MD, or schedule an appointment online today.